Buddha was born around 2560 years ago in Lumbini in today’s Nepal. After a long search, he recognized the nature of mind while in deep meditation and reached enlightenment. Buddha taught for 45 years in the highly developed North Indian culture.

Buddhism is the main religion in several East Asian countries. Since the early seventies, the profound Buddhist view with its vast number of methods has inspired and fascinated a growing number of people in Western cultures.

What does Buddha teach?

Buddha teaches about ultimate and conditioned existence in a way that makes Buddhism directly relevant to our daily lives. Understanding this makes the experience of lasting happiness possible. Buddhism does not proclaim dogmas; rather, it encourages critical questioning. Using the right meditations, the intellectual understanding of the teachings becomes a personal everlasting experience. The goal of Buddha's teachings is the full development of the innate potential of body, speech and mind. 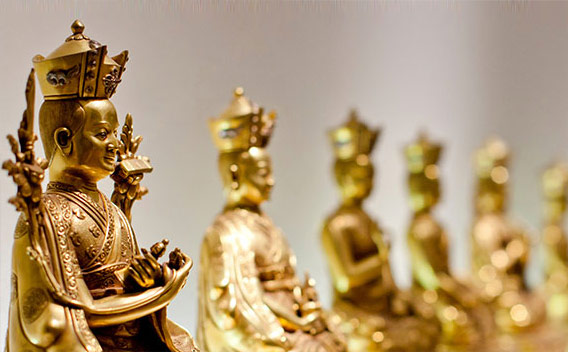 The Karma Kagyu lineage belongs to one of the four major schools of Tibetan Buddhism. As a lineage of direct oral transmission, it especially treasures meditation and, through interaction with a qualified teacher, can bring about the full and direct experience of the nature of mind.

The Karma Kagyu methods were taught by the historical Buddha Shakyamuni to his closest students. These methods were later passed on through the Indian Buddhist masters (Mahasiddhas) like  Naropa and Maitripa, and the famous Tibetan accomplishers (yogis) Marpa and Milarepa who formed the lineage as a naturalistic lay-movement. Since the 12th century the successive conscious rebirths of the Karmapas have kept the teachings alive and powerful to the present day. 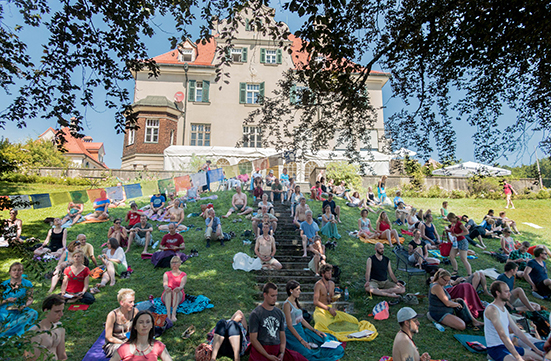 Our Buddhist centers and meditation groups offer the modern world easy access to the meditations and teachings of Diamond Way Buddhism. The roof of Diamond Way Buddhism is supported by three pillars: verifiable non-dogmatic teachings, meditation, and the means to solidify the levels of awareness which have been attained. This way, the Diamond Way offers the modern world the most skillful methods of the Buddha. It helps to discover and develop inner richness, for the benefit of all beings.

How do the Buddhist schools and teachings differ?

Where people had strong confidence in their own and others' Buddha nature, Buddha taught the Diamond Way (skt. Vajrayana). Here, he manifested as forms of energy and light or directly transmitted his enlightened view as a flow of awareness, the “Great Seal” (skt. Mahamudra).

In Diamond Way one learns to experience the world from a rich and self-liberating viewpoint. Diamond Way meditations develop a deep inner richness and lead to a non-artificial and unwavering mind where every enlightened activity can unfold.

Karma means cause and effect. It does not mean fate. The understanding that each of us is responsible for our own lives makes it possible to generate positive impressions with words, thoughts and actions consciously. This brings happiness and helps us to avoid the causes of future suffering.

What does “Liberation and Enlightenment” mean? 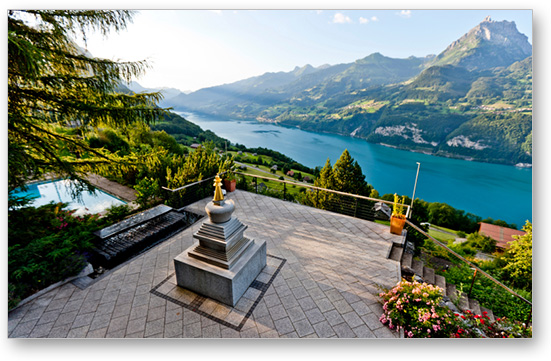 Liberation means the awareness of body, thoughts, and feelings being in a constant state of change. Therefore, there is no basis for a real existing ego or “self.” Realizing this, one no longer feels like a target and stops taking suffering personally. Enlightenment is the second and ultimate step. Here, the clear light of mind radiates through every experience. One realizes that seer, what is seen and the act of seeing are interdependent parts of the same totality. In every moment, mind enjoys its self-arisen abilities and everything becomes spontaneous and effortless.