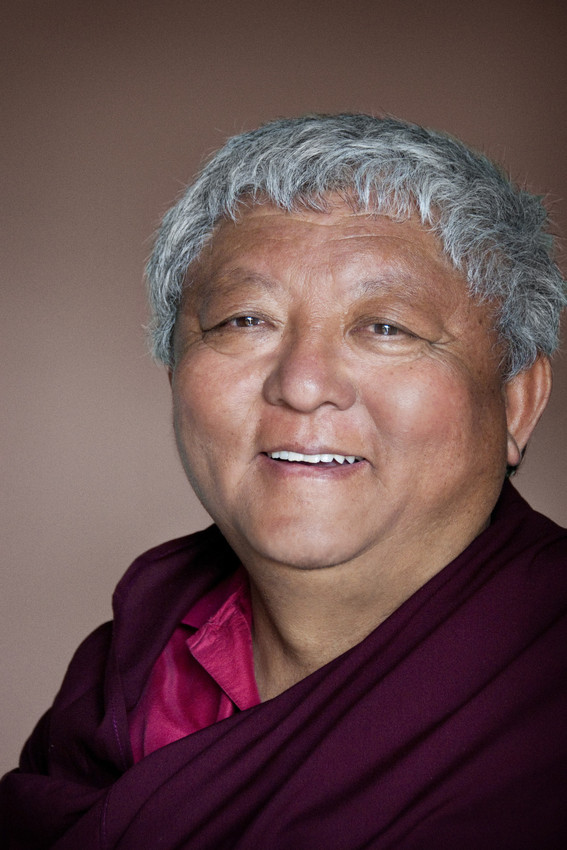 In 1949, Lama Jigme Rinpoche was born in eastern Tibet as the nephew of the 16th Karmapa.

He received most of his training from the 16th Gyalwa Karmapa, who appointed him as his deputy in Europe in 1974.

Since then he has been in charge of the Karmapa's European headquarters, the Dhagpo Kagyü Ling Centre, in the Dordogne region of France.

Rinpoche is the author of numerous books, gives seminars for French managers and travels through Europe as a Buddhist teacher.